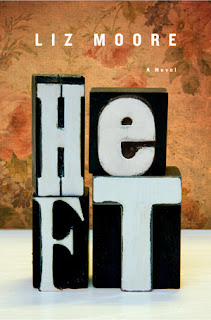 Arthur Opp's life has been a study in disappointment. If he was a song it would certainly be the Beatles' Eleanor Rigby, as he is the loneliest man in the world. With no family to speak of and no friends to brighten up his day, he stays at home in his Brooklyn brownstone, but only lives on the first floor. The sole happiness he has is to eat, and he has eaten himself up to almost 600 pounds-he isn't sure what he really weighs as he hasn't gone to a doctor in many years, and hasn't even ventured out of his house in a decade. His own stairs are an impossible barrier to conquer. He once had a relationship with a former student, Charlene Turner, which developed into a very satisfying mail correspondence. Wanting to maintain his last tie with humanity, he fudged a little bit about his life, saying that he still taught at the university, and that all was well with him. Even her letters eventually stopped coming. One day, to his surprise, he receives a phone call from Charlene who warns him that she is going to send him a very important letter. When it comes, in it there is only a small photograph of a teenager labeled "my son Kel." She calls again and he learns that she had briefly married and had had a son, Kel Keller. She explains that he has "baseball on the brain," and asks if Arthur will tutor him so that he can get into college. That puts Arthur's life in turmoil-how can he help her child when he can't help himself? But he can't let his friend down, so he proceeds to figure out how he can accommodate her. He begins by hiring a maid. He also tries to call Kel.


Meanwhile, Kel hasn't been having too happy a life either. Even though he attends a prestigious high school, is athletically talented, and is blessed with great looks, he is very troubled. His mom is a drunk and he has to hustle for money to feed them and to pay their utilities. He never knows what he's going to find when he walks into his house-whether his mother will be rational, or more likely passed out on the bed. He has seen this too much to know if she's drunk or ill, but this time its real...the bottle of pills is by her bedside. Of course, no one must know any of these things and while he tries to cling to the normality of his high school life as a way to stay sane, now it isn't working. And strangely enough, he is receiving calls on his cell from a number he doesn't recognize and when he picks up, the line goes dead.


Heft by Liz Moore is a quirky but wonderful book. Readers will identify intensely with the characters, root for them, and wonder how things went, long after finishing the book. The title gives a clue to themes in the novel, referring to Arthur's weight issues, the swing of Kel's bat, but also the ability to "lift something," perhaps like the burden of solitude from the shoulders of the lonely.